Our Simple, Yet Effective Process.

Superior Surveying Services has been surveying the Southwest since 1988. After accumulating more than 16 years experience with other Valley surveying companies, Randy Delbridge decided to begin his own surveying practice. Over the past two decades, he has successfully expanded Superior’s territory beyond Arizona. Superior also serves clients in California, Nevada and New Mexico.

It’s not always business as usual for the Superior team. They quickly recognized that clients needed more than what most of Superior’s competitors were willing or able to provide. This challenged the Superior team to deliver higher quality results more quickly and across multiple markets.

Here’s how Superior gets the job done:

Superior combines both accuracy and to get the job done above and beyond your expectations. It’s the attention to detail that ensures your project is done right and on time. This sets the firm far ahead of their competition.

Have you ever needed to turn a project around quickly that was dumped on your desk late Friday afternoon? If it was after 5 p.m., you usually had to wait until Monday to get the project in front of a surveying company for a quote. Not with Superior on speed dial. There have been many times projects have come to Superior after 5 p.m.

The most frequently asked question is how long it will take to get the job completed. It’s no surprise that time is a common motivating factor in almost every Superior job. Our team can usually meet any time sensitive requirement, even if it means working overtime and during the weekend to ensure your job is done and delivered on time. 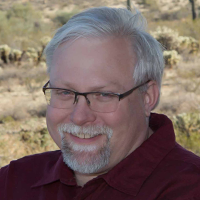 David began working for Superior in 1995 and received his Arizona registration 10 years later (R.L.S. #42137) in March 2005. David is a member of the Arizona Professional Land Surveyors Association and the National Society of Professional Surveyors (N.S.P.S.).

Randy was born in Florence, Arizona. He served in the United States Army from 1970 – 1972. After his honorable discharge in 1972, he started surveying in Arizona City, located about 20 mines south of Coolidge and 10 miles west of Florence (his childhood stomping ground). He started Superior Surveying Services in 1988 when I would perform the surveys during the day, and then draft them at night.

Because he started his business with little overhead, his family would often pitch and lend their support. His father would help with the on-site surveying and his wife would often help “plot” points on grid paper in the evening at home to help Randy finish his projects faster. He used the most basic tools of surveying to get his business off the ground, and now his team conducts surveys with the latest GPS technology on the market.